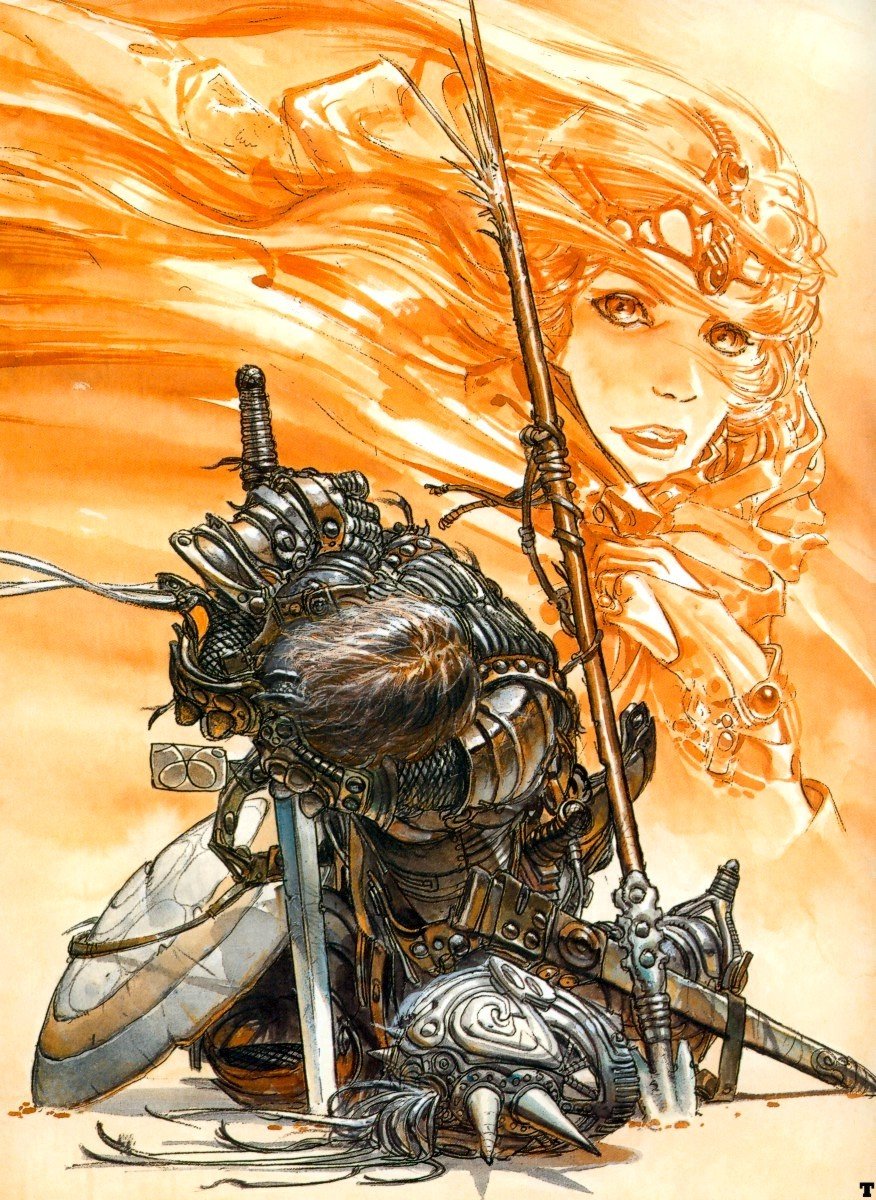 Above: A scene of mourning from Juan Giménez.

It is with great sadness that we say farewell to Argentinean comics legend Juan Giménez. On April 2nd, 2020, at the age of 76, he died from complications related to COVID-19.

Born in Mendoza, Argentina and educated at the Academy of Fine Arts in Barcelona, Spain, Giménez was a powerful influence on the sci-fi and fantasy art cultures of three continents. As a teenager in the early 1960s he published works in the magazines of his home country. As a young man in the 1970s he consistently published in the top sci-fi and fantasy magazines of Spain, Italy, and France, including the vaunted Metal Hurlant. By the start of the 1980s he had become a regular contributor to the genre-defining American magazine Heavy Metal and worked as a designer on the 1981 animated film of the same name.

He is most famous, however, for his long-lasting collaboration with fellow Argentinean Alejandro Jodorowsky on the multi-arc “Metabarons” comic series, which began in 1992 and continued for more than a decade. When he began this work Giménez was nearing 50 years old, a veteran artist completely assured in his style and abilities. All the hallmarks of his earlier work were on full display here; remarkable attention to technical details, dramatic design sense for machines and costumes, a seamless blending of the ancient and the high-tech, and an appealing, tough authenticity. His master vision built the “Metabarons” into one of the all-time great space operas, a work admired equally by fans and peers.

Upon hearing of his friend’s death, Jodorowsky gave the following statement: “I closely collaborated with Juan Giménez for 10 years and together, we created The Metabarons saga. What facilitated my task… was that he already embodied the immortal No-Name, the last Metabaron. In my unconscious, Juan Giménez cannot die. He will continue on, drawing like the master warrior that he was.”

Read more about Juan Giménez and his work in Heavy Metal‘s farewell to their old friend.